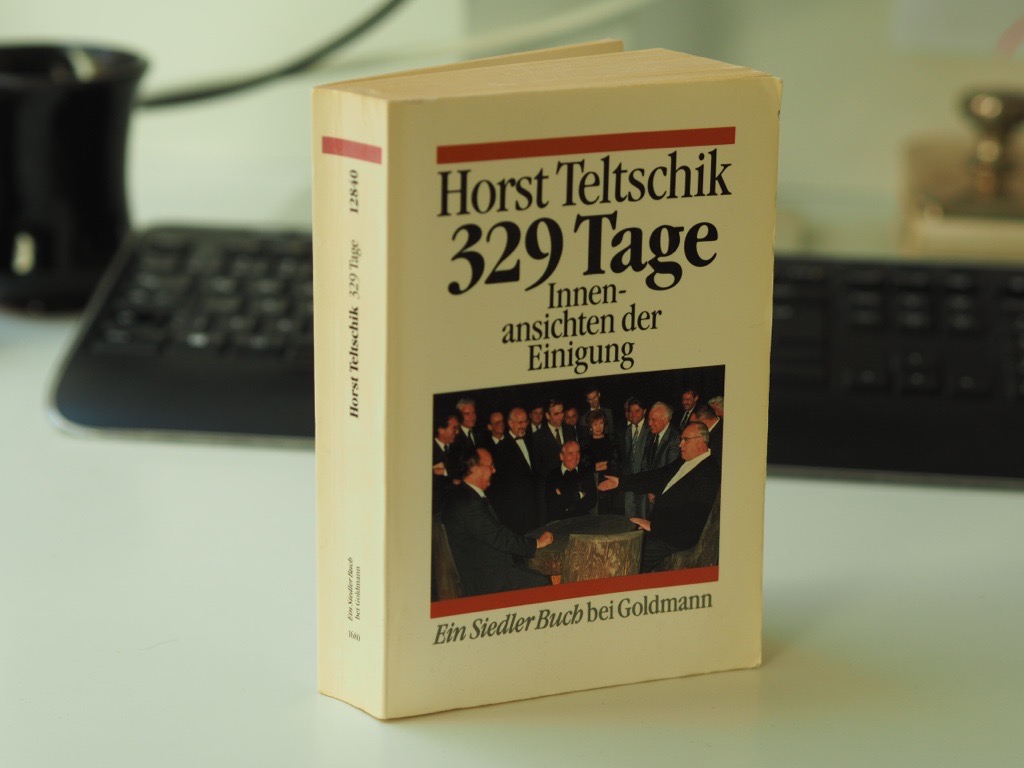 On the occasion of this year’s “bridge year” between the 30th anniversary of the fall of the Berlin Wall last November and the corresponding anniversary of the German Reunification on 3 October this year, we had planned a series of fireside chats, giving witnesses to those times a platform to share their memories of the 329 days between those two important events. We were going to call these encounters “Einheitsgespräche” – The Unity Talks.

Two factors kicked off the idea: One was the book “329 Tage” (329 days) by Horst Teltschik, advisor to Helmut Kohl, the German Chancellor at the time. The second one was a get-together with a few younger folks about a year ago. We were having doughnuts and when the question arose who was going to get the last doughnut, I said “Wer zu spät kommt, den bestraft das Leben.“ (“Those who are late, will be punished by life itself.“) – a statement well known in Germany and attributed to Michail Gorbachev. Someone said, “wow, that’s a pretty cool expression, who did you get that from?” Already a little astonished, I replied: “Gorbachev”, and the person replied “Gorbachev? Who’s that?”.

Today would have been the first Einheitsgespräch with one of our clients who was born and raised in the former GDR, in East Berlin to be more precise, and who wanted to share his impressions of the fall of the wall and the time shortly before and thereafter.

Due to the current situation, we canceled the event several weeks ago and our plan to hold one Einheitsgespräch per month seems like a utopia at this time.

In any event, the Corona virus forces us into a situation which, similarly to the political system back then in German Democratic Republic, restricts personal freedom quite substantially. Being confronted with these restrictions in the year of the 30th anniversary of the German reunification makes one look back humbled at the crucial developments in the past and realize that the freedoms and liberties we now cherish must be appreciated and not taken for granted.