The Higher Regional Court Berlin declined on 28 April 2022 Germany’s request to declare that the Respondents’ (Mainstream Renewable Power Ltd. and five of its subsidiaries, the claimants in ICSID Case No. ARB/21/26, “Mainstream et al”) claim against Germany under Article 26 of the Energy Charter Treaty (“ECT”) was inadmissible as it concerns an intra-EU dispute (KG Berlin, Decision 12 SchH 6/21 of 28 April 2022).

The court effectively found that as the arbitration was administered under the ICSID Convention and Rules, it was not subject to oversight of national courts, and most importantly the Court of Justice of the European Union (“ECJ”).

The decision has been appealed before the German Federal Court of Justice (Bundesgerichtshof (BGH I ZB 43/22)), the highest court in Germany. A decision can be expected in the spring or summer of 2023.

Mainstream et al submitted their Request for Arbitration with ICSID on 30 April 2021 after having invested in wind- and solar energy in Germany. Mainstream itself and two of its subsidiaries are incorporated in Ireland. One of these subsidiaries holds 100% of the shares in the other three claimants, which all have their seats in Berlin. The arbitral tribunal, constituted on 14 September 2021, rejected Germany’s request under ICSID Rule 41(5) to dismiss the arbitration as “manifestly without legal merit” in a decision of 18 January 2022. Germany argued that the claim was clearly inadmissible in light of Achmea and Komstroy. The tribunal ruled that it would decide on Germany’s arguments at a later stage in the arbitration, stating in paragraph 121 that:

“[T]he legal standard for Rule 41(5) is a high one. The Respondent’s failure to meet that standard on these jurisdictional grounds says nothing about the relative strength of any substantive arguments on jurisdiction, which would be ventilated in full at an appropriate stage of the proceedings.”

A. Arguments of the Parties

Germany invoked Section 1032 para. 2 of the German Code of Civil Procedure (“ZPO”) which states that:

„Until the arbitral tribunal has been formed, a request may be filed with the court to have it determine the admissibility or inadmissibility of arbitral proceedings.“

Germany fulfilled the first requirement. It submitted its request to the Higher Regional Court of Berlin on 17 August 2021 (KG decision, p. 6, para. 3). The ICSID tribunal was constituted on 14 September 2021.

Section 1032 is part of Book 10 of the ZPO governing arbitral proceedings. Book 10 applies if the place of arbitration is located in Germany according to Section 1025 para. 1 ZPO. Section 1032 ZPO is included in a sub-chapter on the arbitration agreement.

Germany argued that it should be allowed to exhaust all legal remedies in order to avoid an initiation of infringement proceedings by the European Commission. A request under Section 1032 para. 2 ZPO is not barred by the ICSID Convention, Germany argued.

Mainstream et al argued that the request was inadmissible as it violated the ICSID Convention and, in any case, without merit, as an interpretation of Article 26 of the ECT according to the Vienna Convention on the Law of Treaties would lead to the arbitral tribunal having jurisdiction to hear the dispute.

B. Decision of the Higher Regional Court of Berlin

The court first established its competence to decide requests under Section 1032 para. 2 ZPO in general. The court found that Germany correctly filed the request with the Higher Regional Court as an ordinary court and not with the administrative courts. The court held that the qualification of Mainstream et al’s claims under Article 13 of the ECT in the arbitration as claims for damages was decisive for Section 1032 para. 2 ZPO, as Section 40 para. 2 of the German Code of Administrative Court Procedure (Verwaltungsgerichtsordnung) provides that compensation claims arising from an alleged violation of public law obligations not based on a public law contract are to be decided by ordinary courts. The court considered the request for a declaratory judgment to be a preliminary question, whereas the core of the case concerned claims for damages. According to Section 17 para. 2 German Courts Constitution Act (Gerichtsverfassungsgesetz), the court of admissible recourse shall decide the dispute in the light of all relevant legal aspects, in other words also preliminary questions.

The link of the case to Berlin was established under Section 1062 paras. 1 and 2 and Section 1025 para. 2 ZPO. Section 1062 ZPO details which higher regional courts are competent to decide arbitration-related applications. Three of the six claimant companies in the arbitration had their seat in Berlin. They were fully owned subsidiaries of the fourth company, which thus owned assets in Berlin. The court also noted that under Section 1062 para. 2 alt. 4 ZPO the higher regional court of Berlin is in any event the default alternative seat for Section 1032 applications. The court held that a sufficient domestic connection to Germany resulted from the fact that the arbitral award would have an effect in Germany (KG decision, p. 5, para. 2).

Having considered whether it was the correct court in Germany to hear the application without any reference to the ICSID Convention, the court turned to consider whether Germany’s request was admissible. The court found that Section 1032 para. 2 ZPO is not applicable in an ICSID arbitration, reasoning as follows:

I. The ICSID Convention sets up a closed system of procedural rules precluding other legal remedies

The court first established that the ICSID Convention was applicable to the arbitration, as both Germany and Ireland are contracting states. The court then considered the particular features of the ICSID system, citing Articles 25, 26, 41, 53 and 54 of the ICSID Convention. Pursuant to Article 26, consent of the parties to arbitration “shall, unless otherwise stated, be deemed consent to such arbitration to the exclusion of any other remedy”. According to Article 41(1), “[t]he Tribunal shall be the judge of its own competence.”

According to the court, the special character of ICSID arbitrations also manifests itself in the lack of court decisions on ICSID arbitral awards and arbitrations. The court referenced two decisions of German courts in which both courts declared themselves not competent to interfere with the procedural rules of an ICSID arbitration. The former case (OLG Frankfurt, Beschluss vom 20. November 2012 (Decision of 20 November 2012) – 18 W 59/12) concerned a request for a declaration of enforceability of an ICSID award, which was granted as there had been no annulment of the award. The latter case (VG Berlin, Urteil vom 3. November 2016 (Decision of 3 November 2016) – 2 K 434.15) involved a request for access to files from the German Federal Ministry of Economics concerning an ICSID arbitration (Vattenfall AB et al. v. Germany), which was rejected, as the tribunal had issued a confidentiality order.

The Higher Regional Court of Berlin found that, as the ICSID Convention itself provides in Article 41 that the tribunal has the “Kompetenz-Kompetenz” to decide on its jurisdiction, Section 1032 para. 2 ZPO is not applicable.

II. The ECJ’s decisions in Achmea, Komstroy and Micula do not influence the question of admissibility of a request under Section 1032 para. 2 ZPO

The court first re-iterated the ECJ’s decisions in Achmea, Komstroy and Micula. Yet the court held that none of these three decisions deal with the procedural rules of the ZPO and their applicability in ICSID arbitrations. The court found that both parties agreed to an ICSID arbitration. Thus, the court reasoned, the question whether the expressions of consent are valid in an intra-EU investment dispute are to be determined by the arbitral tribunal according to Article 41 of the ICSID Convention.

The court further found that not applying Section 1032 para. 2 ZPO to an ICSID arbitration does not violate EU law because the decision on the admissibility of Germany’s request does not require an appraisal of the ECJ’s caselaw. Section 1032 para. 2 ZPO is exclusive to German law. Section 1040 ZPO, dealing with the competence of an arbitral tribunal to rule on its jurisdiction, does not apply to ICSID arbitrations. According to Section 1040 para. 1 ZPO, the arbitral tribunal may rule on its own jurisdiction and in this context on the existence or the validity of the arbitration agreement. For that purpose, an arbitration clause is to be treated as an agreement independent of the other terms of the contract. According to Section 1040 para. 3 ZPO, either party may request a decision by a state court if it disagrees with an interlocutory decision by the arbitral tribunal concerning an objection to the tribunal’s decision that it has jurisdiction. The court found that, as Article 41 of the ICSID Convention expressly states that the ICSID tribunal shall be the judge of its own competence, Section 1040 ZPO is not applicable in cases concerning ICSID arbitrations (KG decision, p. 11).

The Court did not address the question of whether EU case law could be sufficiently considered in potential annulment proceedings if an ICSID tribunal fails to correctly take into account EU caselaw as part of the law binding both parties to the arbitration.

Finally, Germany had based its arguments on two recent domestic court rulings based on the ECJ decisions in Achmea and Komstroy. The Higher Regional Court of Berlin declared these decisions to be irrelevant here, as they did not concern ICSID arbitrations and were thus subject to the supervisory jurisdiction of the court of the seat. In decisions of 19 April 2022, the Cour d’Appel de Paris set aside arbitral awards by (a) Cec Praha and Slot Group; and (b) Strabag and Raiffeisen Centrobank against Poland. The Court d’Appel de Paris found intra-EU BIT claims to be incompatible with EU law. But it did not discuss in its decisions the competence of the arbitral tribunal under Article 41 ICSID Convention. Secondly, in an investment case between the Austrian Raiffeisen Bank and Croatia, the German Federal Court of Justice recently considered a claim based on Section 1032 para. 2 ZPO to be admissible and merited. However, the arbitration clause based on a BIT would have lead to an applicability of the UNCITRAL rules, that, according to the Higher Regional Court, do not contain a similarly exclusive system of procedural rules as the ICSID Convention.

For more analysis of the Court’s finding and its impact on European investment law, please see the Kluwer Arbitration blog entry by the same authors here.

[1] The court appears to have made a typo here in referencing 8-C notifications, which concern designations of Subdivisions and Agencies under Article 25(1) of the ICSID Convention. Germany has only made a notification designating the competent court for the purposes of recognition and enforcement of awards pursuant to Article 54(2). It is not clear on what basis Germany could have made a notification under the ICSID Convention that would have given rights to German courts to oversee ICSID arbitrations pursuant to Section 1032 para. 2 ZPO or otherwise.

Laura Halonen has been a Solicitor of the Supreme Court of England and Wales since 2005. Prior to joining WAGNER Arbitration in 2019, she worked for over a decade for leading international law firms in London, Paris and Geneva (where she was a member of the local bar as a foreign lawyer). She studied law at the University of Oxford (BCL 2009 and MA (Jurisp) (Oxon) 2001). 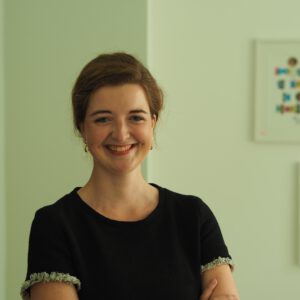 Sophie Eichhorn is a German attorney, admitted to the Berlin Bar since 2022. She joined WAGNER Arbitration in 2021 after spending part of her legal traineeship with the firm. She studied law in Heidelberg, Rome and Berlin with a specialization in European law and public international law. After graduating, Sophie worked as a policy advisor for transatlantic and European issues for a member of the German Bundestag and, previously, as research assistant to Prof. Dr. Anne Peters, director of the Max-Planck-Institute for comparative public law and international law in Heidelberg.