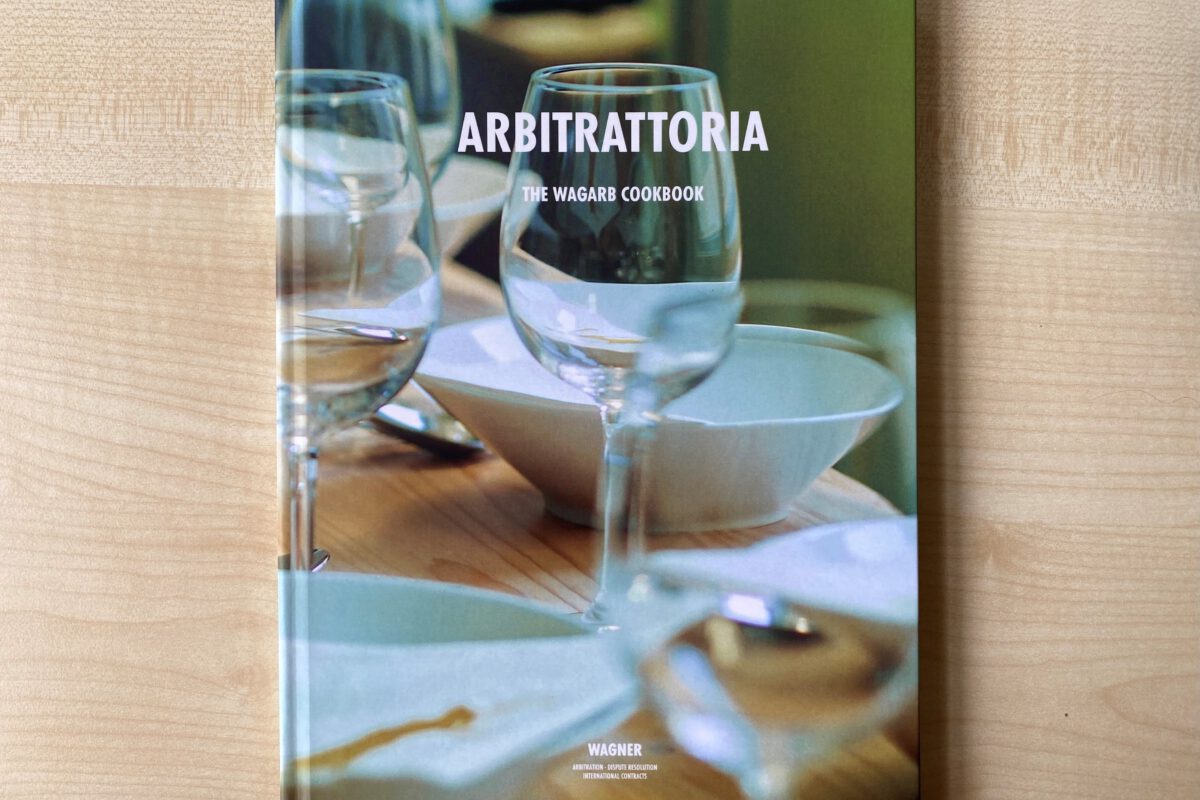 The printed copies of the WagArb Cookbook have reached us this week, which finalizes a project very close to our hearts. Feel free to get in touch with us if you are interested in a copy. As a complimentary sneak preview, we share the foreword of the Cookbook below.

WagArb opened its doors in 2013 and has had its offices at Hegelplatz since the summer of 2016. From the first day on, we established the ritual of Friday lunches, where we would take turns in cooking a meal for the rest of the team the night before and serve it in our firm‘s kitchen. Combining our arbitration practice with our love for good food, cooking and eating together, Joseph Schwartz gave this tradition a name: the arbitrattoria.

Many a Friday has passed since then and countless dishes have been served by members of our team.

Not only have we discovered many regional German specialties, but also traveled the culinary world with our interns and trainees from Brazil to India, Australia to France and Ghana to Russia. We have shared many stories at the kitchen table, learned many things from and opened up to one another. As of 2018 we even created the annual “Cook of the Year”, a prestigious award given to the chef with the highest dedication and commitment to the cause.

Take a closer look and the concept of cooking for one another has more to do with dispute resolution than initially meets the eye.

Peter Altmaier, the German Federal Minister for Economic Affairs and Energy is known for regularly inviting members of conflicting political parties to his home where he serves them home-cooked meals, creating an amicable atmosphere to overcome differences. The old tradition of breaking the bread remains alive and well today.

Cooking for one another can also be a gesture of mutual understanding. Think of the apple strudel which the Obamas served Angela Merkel and her husband Joachim Sauer at a White House dinner reception in 2011. Five years later, on the occasion of a farewell dinner given in Berlin at the end of Barack Obama’s presidency, Ms. Merkel served him that very same desert.

With her project One Million, she pursues the plan of handcrafting one million porcelain eating and drinking vessels throughout her lifetime. Each unique artefact is engraved with its own number. On her website www.eine-million.com, each piece can be located on a world map. She has created an arbitrattoria series just for us and every team member received a porcelain bowl as a Christmas present last year.

Since the outbreak of the Corona virus, the arbitrattoria has had to close its doors.

Yet we knew that our weekly cooking sessions are in fact more than a place and a tradition – they are a mindset.

And in this spirit, we have reached out to all WagArb alumni and team members to put together this cookbook with the meals that have or would have been shared at our kitchen table. We have received over 50 recipes from six continents, along with a personal note on the recipe and a short bio from each cook. We hope you enjoy this culinary inspiration particularly in these times of closed restaurants, travel restrictions (and beyond) – so come take a seat at our kitchen table and be our guest!

In the hope that we will be able to reunite around that table soon enough, we wish to thank everyone for their contribution and dedicate this book to all former, current and future cooks at WAGNER Arbitration.