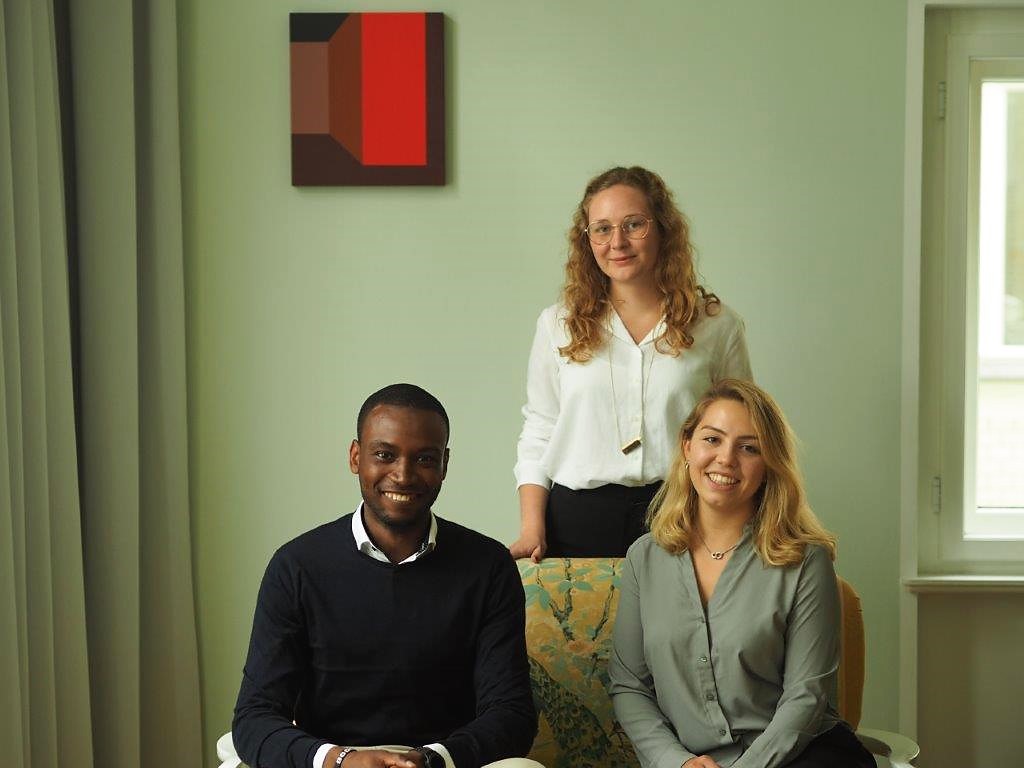 The WagArb social media team is back from summer holidays, just in time to introduce and warmly welcome our three new summer interns – Lara Kerber, Hannah Wissler and Toju Nanna!

Lara Kerber is originally Swabian, having been born in Stuttgart, the capital city of Baden-Wuerttemberg in the south of Germany. She left familiar territory eventually though, and spent her high school years in the U.S. – in Wayne, Pennsylvania, to be precise. She then moved back to Germany, beginning her law studies at HU in 2018, where she has recently completed her specialization in contract law.

Lara previously worked for a German MP, focusing on economic and energy policy. She is also a former Vis Mootie, having participated in the ’20 virtual Vis Moot. This year, she is making her comeback to the Vis Moot scene as a coach for the HU team at the 19th/29th Vis Moot!

Next to all of that, Lara is a member of the German-American Lawyers Association. She is also a part of the NGO “We The Action”, which guides U.S. voters on how electoral laws and regulations work.

Hannah Wissler originally comes from Hamburg, and is currently studying law at FU Berlin in the very south of the city in Dahlem. Hannah has been focusing on EU law and public international law matters during her studies, having written her final University thesis on “Environmental and Climate Protection under the Charter of Fundamental Rights of the European Union”.

She has previously worked at two different law firms in Berlin, and has also completed an internship with the Berlin Public Prosecutor’s Office. She also spent a semester abroad in Spain, studying at the Esade Ramon Llull University Barcelona.

Since 2018, she is a member of Amnesty International and active in the group focusing on Latin America. Hannah’s interest in the Spanish-speaking world was sparked once, fresh off high school, she went to live in Quito (Ecuador) for a year. She worked on projects for an NGO called Cenit, which aims to end child labor, and used most weekends to travel and explore the country and its culture.

Toritseju Nanna, or Toju in short, also studies law at the FU Berlin with a specialization in EU law and public international law. He was born and raised in Nigeria, and moved to Bremen in 2014, beginning his law studies a few years thereafter in 2018.

Toju participated in the Jessup Moot Court for the FU team, which is when he discovered his passion for dispute resolution and particularly its international dimension. He has done several internships so far, including for the office of a German MP, where he dealt mainly with issues of EU policy.

Toju moderates events for the Konrad-Adenauer-Stiftung Bremen, and is also active as a student legal counsel with Law&Legal Studentische Rechtsberatung e.V.

To find out more about Toju and his story, follow the link (in German): https://www.weser-kurier.de/bremen/der-herr-der-argumente-doc7e49n6nlg14nqvag1g6.

We warmly welcome Lara, Hannah and Toju onboard of the WagArb journey and look forward to working with them in the next few weeks and months!