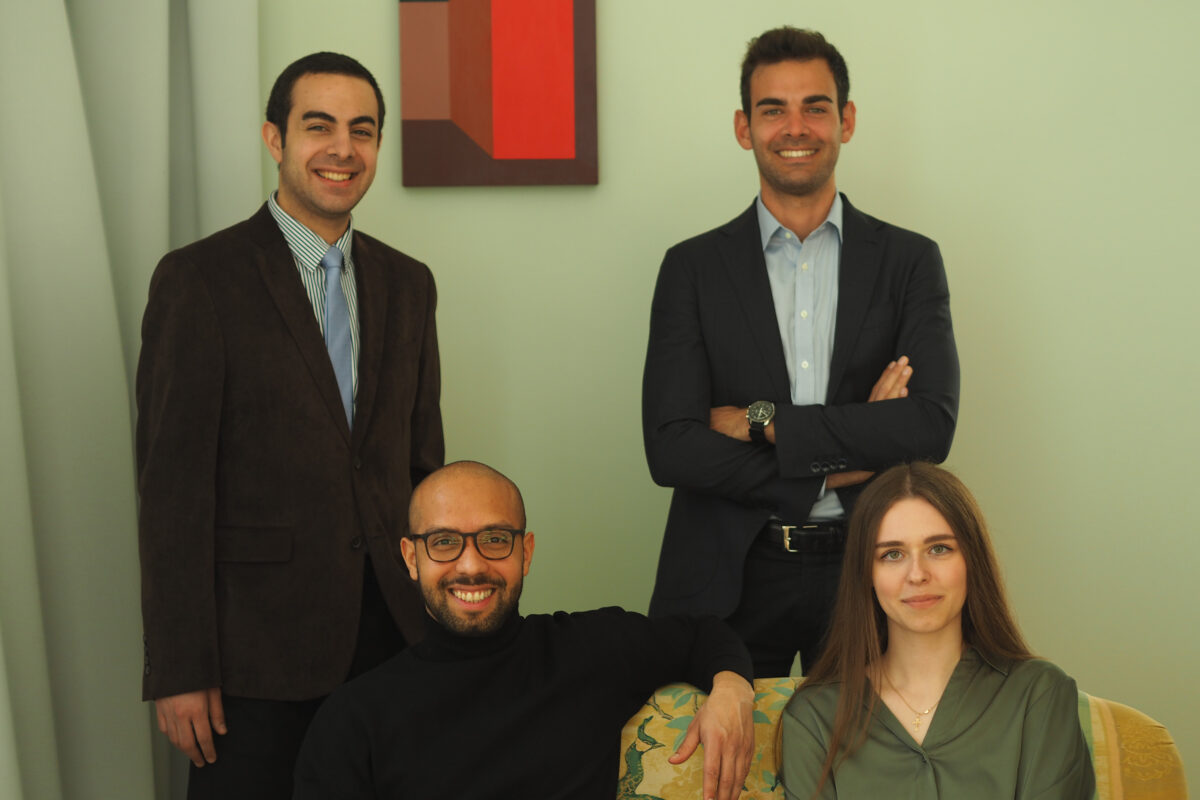 Mariia a.k.a. Masha is Ukrainian and joins us as part of the Safe Harbor for UA Students initiative. She is to graduate with an LL.B. in International Law from the Institute of International Relations of Taras Shevchenko National University of Kyiv this summer.

Next to her legal studies, Mariia joined the law firm Lamwell in Kyiv as junior associate last summer, where she has been working on litigation and arbitration cases. She works, in parallel, as a project manager for a legal start-up developing online simulators for legal education. Before that, she was a legal expert for a think-tank, which published regular practice reports on national Ukrainian legal matters as well as international law issues.

In addition to the above, Mariia is a committed Vis mootie. She was a member of the team of Taras Shevchenko National University of Kyiv at the 28th Vis Moot Competition. They became the first Ukrainian team to win the Eric E. Bergsten Award for Best Team Orals. Since January 2022, she has also joined Arbitrator Intelligence, an online arbitrator search tool, as a research assistant and ambassador.

Mariia is really keen on cooking and geography, and likes to combine those two passions of her by trying new recipes from all over the world. What a match for our Arbitrattoria! She speaks Ukrainian, Russian, English and German (at upper intermediate level).

Miguel is Mexican, and studied law at the Escuela Libre de Derecho in Mexico City, with particular emphasis on public international law and constitutional law. He moved to Berlin in 2017 to do an M.A. in international affairs at Hertie School, where he wrote a master’s thesis concerned, mainly, with combatting online hate speech and Germany’s new Network Enforcement Act (known as NetzDG).

Miguel was also a research assistant at the Hertie School, working on a research project on “Overlapping Spheres of Authority and Interface Conflicts in the Global Order”. In October last year, he began his LL.M. studies at HU.

When he is not working with legal norms, Miguel is listening to classic rock and developing his cooking skills, experimenting with the fusion of Mexican and German cuisines. He likes to spend his free time outdoors, trekking, camping and climbing.

Rafic is a Lebanese-qualified lawyer. He obtained a Bachelor’s degree in law as well as a Master’s certificate in private law at the Saint Joseph University in Beirut, where he studied both Lebanese and French law. Before moving to Berlin for his LL.M. in 2021, Rafic worked as an associate at a major law firm in North Lebanon.

Rafic is a numismatics aficionado. With his great interest in history, coins have always signified a tool for him to trace back the characteristics of nations, cities and people. He speaks Arabic, French and English.

Giuseppe, on the other hand, is Italian (as his name may have let on). He grew up in the Abruzzo region of Italy, before moving to Milan to study law at Università Commerciale L. Bocconi, where he graduated with an M.A. in law. During the course of his studies, he completed an exchange program at the Chinese University of Hong Kong. His final dissertation was concerned with the liability of the Italian arbitrator.

Before deciding to move to Berlin for his LL.M., Giuseppe worked as an intern in Hong Kong for a major Italian law firm, subsequently also doing part of his traineeship at their Milan office. He later joined Molinari Agostinelli in Milan as associate.

When he is not researching legal matters, Giuseppe loves playing and watching football, and cheering for his team AC Milan. He is also passionate about surfing and skiing, and is always looking for new waves to catch or slopes to descend. Of course, as a true Italian, he is a foodie and being in Berlin is enabling him to explore a wide range of different cuisines. He speaks Italian and English.

We warmly welcome all four to the team, and look forward to our time together!