Boyan Arshinkov, whom we have previously introduced, originally comes from Bulgaria and is currently wrapping up his law studies at Berlin Humboldt University. He interned with WAGNER Arbitration between February and April. During his WAGNER Arbitration Internship Program, he prepared this questionnaire with 27 Q&As on the issue of enforcement of awards in Bulgaria.

Bulgarian courts are generally enforcement friendly. However, one should note that they tend to be very formalistic on procedural points such as notification of parties and ensuring equal opportunity to participate in the arbitration proceedings and present evidence.

Recently, a legislation amendment, which introduced certain changes to the enforcement regime of domestic arbitral awards has been passed. However, since the Bulgarian International Commercial Arbitration Act only refers to international treaties, to which the Republic of Bulgaria is a party, the enforcement of foreign arbitral awards in the country has not been affected.

What is the applicable law for recognition and enforcement of an arbitral award in your jurisdiction?

Recognition and enforcement of both international and domestic awards is regulated by the Bulgarian International Commercial Arbitration Act (hereinafter: “ICAA”; an unofficial translation of the Bulgarian Chamber of Commerce and Industry is available here: http://www.bcci.bg/bcci-lawofarbitr-en.html).

The relevant provisions of the ICAA are contained in section 7, which entails Art. 47 to 51 ICAA. The New York Convention applies to the recognition and enforcement of foreign arbitral awards. The Bulgarian Civil Procedure Code defines arbitrability and regulates the proceedings before courts. Foreign awards that do not fall within the scope of international conventions are recognized and enforced in accordance with Art. 118 to 122 of the Bulgarian Code of Private International Law.

Is your jurisdiction party to the 1958 New York Convention? If yes, what is the date of entry into force of the Convention and was any reservation made?

Yes, the New York Convention entered into force on 8 January 1962. However, one should be aware that Bulgaria has made a reciprocity reservation in the following terms: “Bulgaria will apply the Convention to recognition and enforcement of awards made in the territory of another Contracting State. With regard to awards made in the territory of non-Contracting States it will apply the Convention only to the extent to which these States grant reciprocal treatment.”

Which is the competent court for an application for recognition and enforcement of arbitral awards?

For foreign awards, the ICAA designates the Sofia City Court as the single state court having jurisdiction to issue writs of execution for the purpose of commencement of enforcement of foreign arbitral awards. Foreign arbitral awards are not automatically recognized (as for example in Finland), however the inspection of the arbitral award is merely of formal nature and only examines whether the parties are correct, whether the award has been signed and similar formalities. The recognition process generally takes two to three weeks.

For domestic awards on the other hand, the amended ICAA introduces a new jurisdictional criterion for the enforcement of domestic arbitral awards: the competent state district court is the court at the domicile or at the seat of the award-debtor.

How does one initiate court proceedings for the enforcement of a foreign award in your home jurisdiction?

After verifying whether the award should be recognized in an expedited procedure, the creditor must file an enforcement request before the Sofia City Court requiring the issuance of a writ of execution enabling the claimant to enforce the award pursuant to Art. 51 III ICAA.

What documentation is required to obtain recognition of an arbitral award? For instance, must the award be submitted in original or a certified copy? Must the original arbitration agreement be submitted?

In case of a foreign arbitral award, the New York Convention is applicable and thus the application must be accompanied by duly authenticated originals or duly certified copies of the arbitral award and the arbitration agreement. Under the Code of Private International Law, one is also required to present a certificate from the tribunal which issued the award that it has entered into force. It is also advisable to submit proof that the award has been notified to the award-debtor.

An application for enforcement of a domestic award must be accompanied by a duly certified copy of the award and evidence that it was served on the debtor. The court only checks whether the award has any obvious prima facie irregularities, such as if it is not signed, and then directly issues an enforcement order.

If the required documentation is drafted in another language than the official language of your jurisdiction, is it necessary to submit a translation together with an application to obtain recognition of an arbitral award? If yes, in what form is the translation required to be?

Do you need to be represented by a lawyer from the particular jurisdiction?

Under the Bulgarian Legal Profession Act, you either need to be admitted to the Bulgarian Bar or have a temporary permit according to Art. 19 b) I of the same Act (which a European attorney could easily obtain) in order to be able to validly submit applications to court.

What are the costs of recognition and enforcement proceedings and how are they allocated? Are there any statutory limitations to legal fees?

The general rule for cost allocation according to Art. 78 of the Bulgarian Code of Civil Procedure is that the claimant should initially cover all costs and taxes related to the initiation of enforcement proceedings. After the bailiff has enforced the award by taking or selling assets belonging to the debtor, he would also put aside enough assets from the enforcement proceedings in order to cover all enforcement related costs, so ultimately the respondent would pay.

Pursuant to the Arbitration Rules of the Bulgarian Chamber of Commerce and Industry (hereinafter: “BCCI” and “BCCI Arbitration Rules”), unless otherwise agreed by the parties, the costs are allocated according to the rule ‘the costs follow the event’. The costs must be reasonable and supported by sufficient proof.

How long do the recognition and enforcement proceedings usually take?

There aren’t any statistics available on the average duration but the procedure for the recognition of a foreign award would generally last no longer than two to three weeks. If the decision is not appealed by the debtor, the writ of execution should be issued within another three to four weeks.

SUBSTANTIAL REQUIREMENTS FOR THE ENFORCEMENT OF FOREIGN AWARDS

What are the grounds on the basis of which a foreign award may be refused enforcement?

How does your home jurisdiction interpret and construe the public policy violation defense for foreign arbitral awards?

The most recent amendment of ICAA has removed public policy as a ground for setting aside awards. However, foreign awards can still be resisted enforcement for reasons of violation of public policy on the basis of the New York Convention.

Partial or interim awards generally need to fulfill the same requirements as final awards and in case they comply with the requirements and have a subject which is enforceable, they will be recognized and enforced.

SUBSTANTIAL REQUIREMENTS FOR THE ENFORCEMENT OF DOMESTIC AWARDS

What are the grounds on the basis of which a domestic award may be refused enforcement?

Except for the public policy ground and the ground found under Art. V (1) (e) on awards that have not yet become binding, the grounds on the basis of which Bulgarian courts may set aside domestic awards are the same as those contained in Art. V New York Convention.

Courts do not differentiate between foreign and domestic awards in this regard. See Q#14 for more details on this.

No, after a decision recognizing the award has entered into force, the Sofia City Court, at the request of the claimant, will issue a writ of execution.

Is it possible to obtain the recognition and enforcement of an award that has been fully or partly set aside at the seat of the arbitration?

No. If the award has been set aside by a competent authority at the seat of the arbitration and this can be proven by the respective documents, the claimant would not be able to enforce it according to Art. V 1. e) of the New York Convention in conjunction with Art. 51 II ICAA.

In case the award is set aside after the decision for enforcement of the award has been issued, what remedies, if any, are available against this decision?

One could appeal the decision as described in Section Q#18. In case the award is subsequently set aside, the decision for enforcement of the award would be overturned.

Are interim measures to cease assets available in your jurisdiction? And if yes, what kind of measures are they?

Before and during the arbitration proceedings, either party may request state courts to impose interim measures in regards to the claim and the evidence. A request for interim measures is not considered inconsistent with the arbitration agreement or waiver of it. The courts may grant a ban to transfer real estate, an attachment of movables and receivables, or any other appropriate measure.

Unless otherwise agreed by the parties, the arbitral tribunal may also, at the request of a party, order the other party to take appropriate measures to preserve the applicant’s rights. The provisions give arbitrators wide discretion to grant measures directed at preservation of evidence, or preservation of status quo, or facilitation of the enforcement of the award.

How do you enforce an award that has been declared enforceable by the court? Is there a specific procedure?

Are there any costs involved and what are the costs?

Yes, the private bailiff gets paid by the party seeking enforcement. There is a national tariff agreement determining the costs. A fee is due for the commencement of the enforcement proceedings (amounting to ca. 10 €) and also for the inquiry into the assets of the respondent (amounting to ca. 25 €).

If the assets have been seized and are then resold, the buyer would generally have to cover the enforcement fees.

Are there any statistics available regarding the number of enforcement proceedings in your home jurisdiction?

Are there any statistics available regarding the success ratio?

No, but it is fair to say that Bulgarian courts have a pro­enforcement attitude and foreign awards are generally recognized and enforced in Bulgaria.

Is information available whether the court officers / bailiffs effectively pursue the enforcement against the debtor?

Are there any other particularities which should be considered?

Yes, Bulgarian courts are generally inclined to frequently invoke public policy as a ground for refusing enforcement because of the conduct of the arbitration proceedings and in cases in which the conduct of the proceedings shows no consideration for the principles of equality of the parties. Therefore, it is advisable to ensure that the arbitration proceedings are conducted in full compliance with the applicable rules and without any formal defects such as not informing a party in a timely manner about the decision of the tribunal. 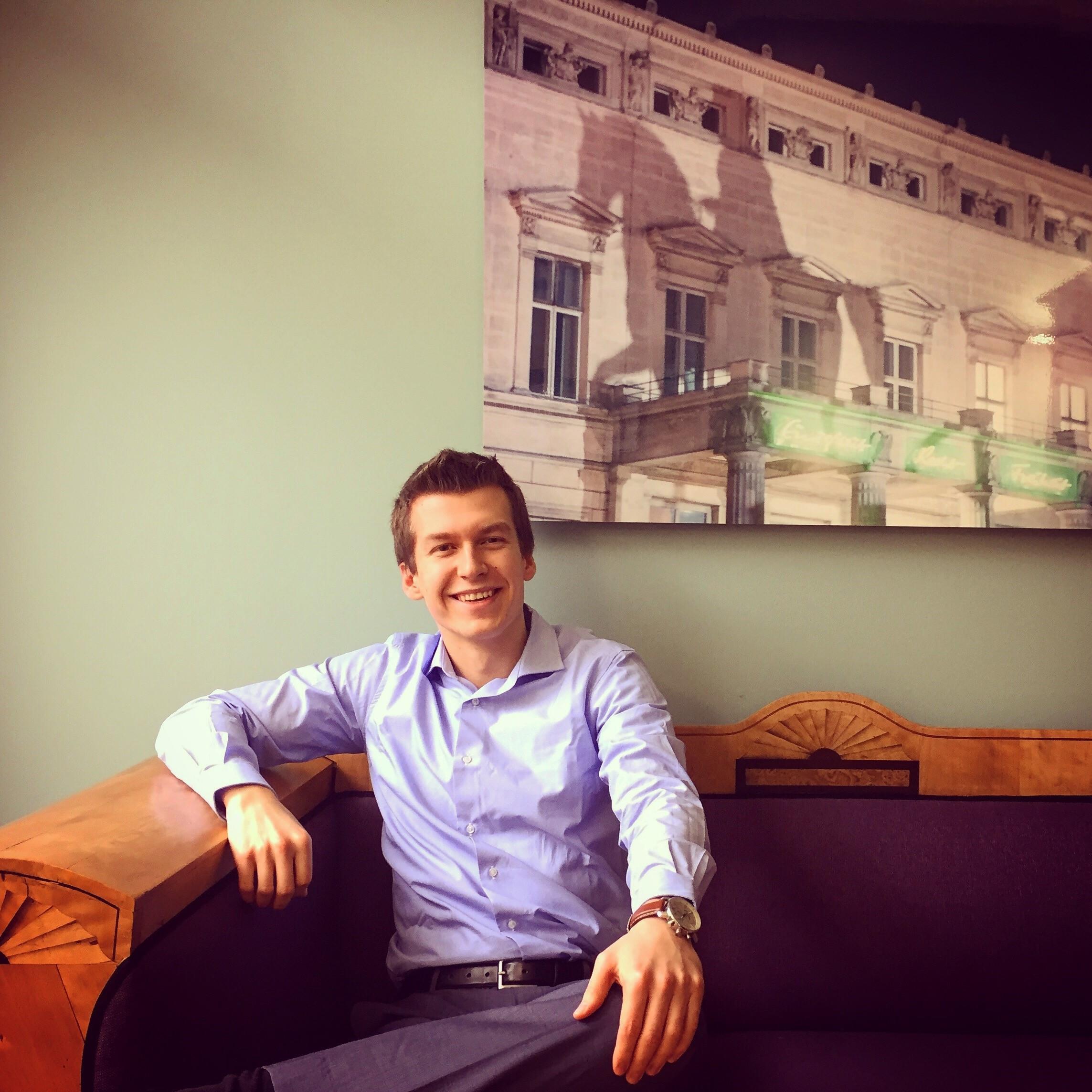