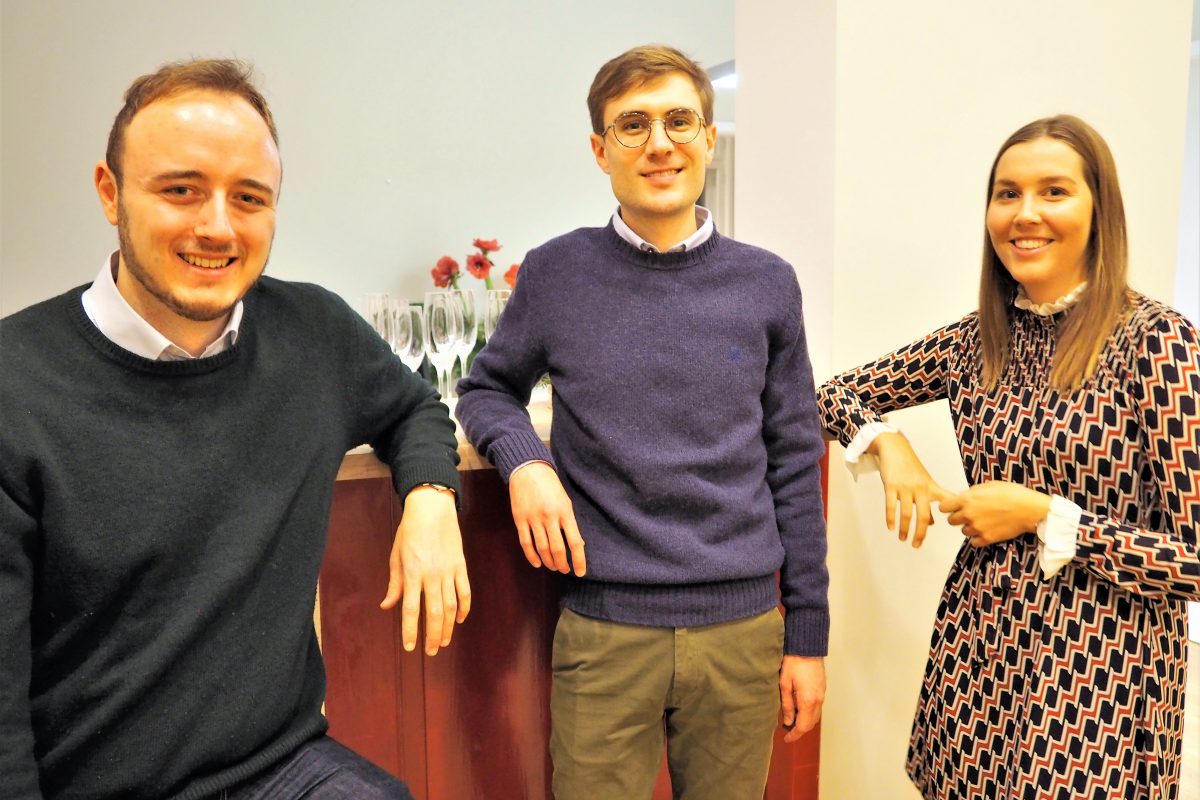 The WagArb team is back at Hegelplatz with new ideas and fresh energy and wishes everyone a happy new year and a good start to 2019! In that vein, we are also glad to heartily welcome three new team members, who have joined us as of this week. Verena Schug, LL.M. and Jasper Hoppenbrock as trainee advocates as well as Roman Schäle as research assistant.

Verena, who will be with us from January to September 2019. Verena studied law at the University of Münster with a specialization in International Law, European Law and Private International Law. She also holds an LL.M. degree in U.S. Legal Studies from the University of Connecticut School of Law (Hashtag#UConn) and was admitted to the New York State Bar as an Attorney and Counselor-at-Law in January 2018. Prior to commencing her legal Hashtag#traineeship in Berlin last year, Verena worked in the Hashtag#corporate practice group of international law firms in both Düsseldorf and Berlin as research assistant. She is also an active member of the Refugee law Clinic Berlin. Being born in New Zealand and raised in Australia to a German father, she counts both German and English as her native languages. Verena plans to continue her legal traineeship at a law firm in Tokyo.

Jasper will be with us from January 2019 to September 2019. He studied at the European-University Viadrina with a specialization in EU law and also spent a semester at the University of Vienna. Before commencing his traineeship, Jasper was a research assistant at a medium-sized German business law firm, gaining experience in the fields of corporate law and litigation. He is particularly interested in Hashtag#conflict Hashtag#management, having worked at the Institute for Conflict Management of the European University Viadrina as a student assistant for over two years. Following up on this interest, Jasper recently interned with the Department for Mediation of the German Federal Ministry of Justice. After his time at Hashtag#WagArb, he will complete his legal traineeship at the German Federal Constitutional Court. Jasper is passionate about hiking as well as biking, in particular in exciting landscapes. He originally comes from Bremen and speaks English besides his native German. Prior to his studies, Jasper spent a year in Hashtag#Israel, where he volunteered to serve people with disabilities. He has ever since kept a close connection to the region as an active member of the German-Israeli Lawyers Association.

Roman will support us as research assistant next to writing his doctoral thesis. Roman studied at Heidelberg University with a specialization in private international law and international civil procedure and spent a semester at Lund University in Sweden. Roman is writing his doctoral thesis on a topic relating to the cross-border use of experts in the context of European civil procedure. Before moving to Berlin, he worked for a German business law firm in Mannheim with an emphasis on corporate law. As a passionate supporter of the German football club Hamburger SV, Roman is going through tough times. In order to get some distraction, he recently tried to focus on another passion and joined a reading circle. Roman originally comes from a small village close to Memmingen and speaks English next to his native German.