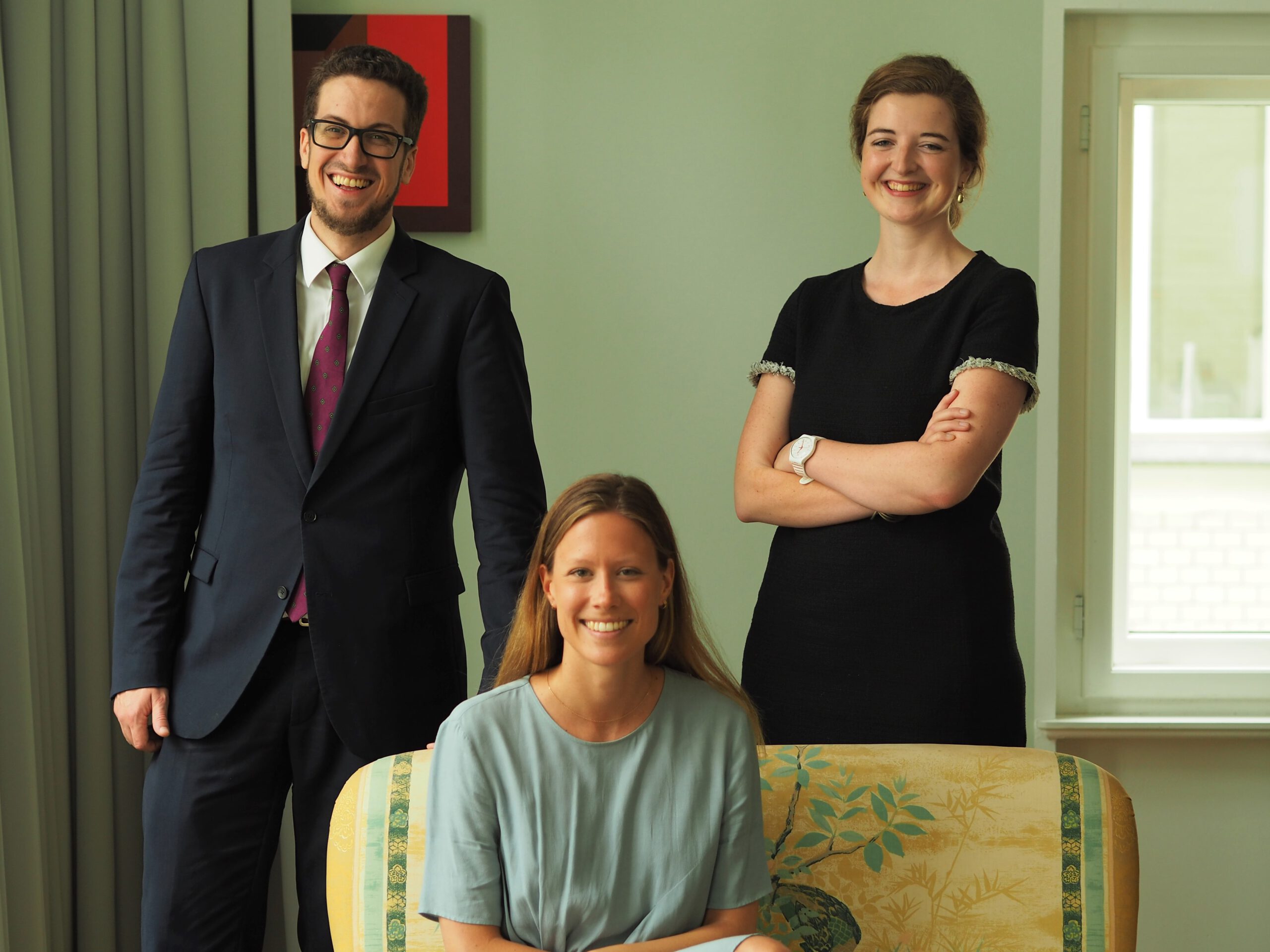 The WagArb team is joined this week by not one, not two, but three young legal minds and trainee advocates – FLTR: Fionn, Valeska, Sophie – whom we are very happy to introduce and welcome below – the floor is theirs!

Valeska studied law at the European University Viadrina in Frankfurt (Oder) with a specialization in public international law. After wrapping up her University studies and the first state examination, Valeska went abroad to Washington, D.C. for an LL.M. in International Legal Studies at the Georgetown University Law Center, which she completed in 2018. While in the U.S., Valeska worked for over a year for a renowned D.C. law firm in the areas of commercial criminal law and international criminal law.

Upon returning from the US in 2019, she began her traineeship at the Higher Regional Court of Berlin (Kammergericht Berlin). She is particularly interested in matters of international criminal law and humanitarian law, which is why she has done the administrative stage of her traineeship in the legal department of the German Federal Ministry of Defense. She is particularly interested in understanding social, cultural, and historical dynamics that lead up to today’s conflicts.

Valeska spent part of her childhood in Paris and speaks native French and German as well as fluent English. She is a passionate traveler of the world and also loves exploring the music and art scene of her hometown, Berlin.

Sophie studied law at the University of Heidelberg, the Università degli Studi Roma Tre in Rome and the HU in Berlin.

In Heidelberg, Sophie was a student assistant at the Max-Planck-Institute for Comparative Public Law and International Law and participated in the Philip C. Jessup International Law Moot Court in 2013. She also undertook various internships, including with the German Marshall Fund of the United States in D.C., the United Nations Food and Agricultural Organization (FAO) in Rome, and with a large German law firm in Berlin. Prior to her two-year legal traineeship, Sophie worked for a member of the Bundestag.

She partly grew up in the US, living in Washington, D.C. for nine years, where she also obtained her high-school diploma. She still feels very connected to the “land of the free” and continues to celebrate the 4th of July and Thanksgiving with family and friends.

Being born to a German mother and an Irish father, Fionn is a passionate European and an active member of the Irish community in Germany. He also has special ties to Spanish-speaking countries and Latin America in particular. While studying law, he participated in exchange programs at ESADE Law School in Barcelona and at Universidad de Buenos Aires in Argentina. Before that, he worked as a teacher of German language at local schools in Nueva Helvecia, Uruguay and in Moreno, Argentina (Buenos Aires province). During his law studies, Fionn completed internships in the corporate and tax practice of an international law firm in Berlin and in the international tax practice of a law firm in Buenos Aires.

Before the Covid-19 outbreak, Fionn had planned to do this part of his traineeship in the arbitration and dispute resolution practice of an international law firm in Mexico City. As circumstances changed in the meantime, and he wanted to delve deeper into the world of arbitration, he decided to join us at WagArb instead. Fionn’s native languages include English and German, and he also speaks fluent Spanish. In addition, he is polishing up on his Irish language skills.

We warmly welcome Valeska, Sophie and Fionn, and look forward to spending the ’20 summer with them, be it in virtual cooperation or – to the extent Corona allows – in person at Hegelplatz.